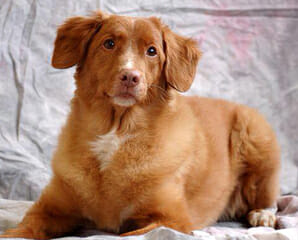 Keetah, the mischievous Nova Scotia Duck Tolling Retriever is a sterling example of a cancer fighter. Her initial diagnosis came as a surprise: Keetah was cuddling on the couch when her owner, Ashley, happened to notice her lymph nodes seemed a bit larger. Keetah was acting completely normal and had no other concerning symptoms. She was brought into the clinic the following day and on Sept 30th, 2010, Keetah was diagnosed with Lymphoma at 7 years of age. To give her the best fighting chance, chemotherapy treatments were started immediately. Keetah’s treatment was 25 weeks in length: 9 weeks of treatment every week, then every other week for an additional 16 weeks. The treatments were successful and Keetah’s cancer went into remission.

Just over 3 years later, Dec 9, 2013, Keetah returned to Westbridge with enlarged lymph nodes. Her cancer had returned. At 10 years old, Keetah was starting her second battle with cancer. The same chemotherapy protocol was used except for one drug; This drug could not be used as Keetah had already received her maximum lifetime dose after her first treatment in 2010. Keetah beat the odds and her cancer went into remission again.

Seven months after finishing her second round of chemotherapy, Keetah was diagnosed with a urinary tract infection. This was fairly atypical for her, and despite antibiotic treatments, her UTI persisted. A week later, Keetah was now unable to urinate and an ultrasound was performed to investigate the cause. At that time, a bladder mass was observed on ultrasound. Keetah’s cancer had returned and this time was spreading. For a third time, in January 2015, Keetah started chemotherapy treatment. After 14 weeks of fighting, Keetah was experiencing seizure activity and unable to continue her treatment.

The following weeks were heartbreaking for Ashley as the seizures slowly worsened. Ashley made the very difficult decision to let Keetah pass over to the Rainbow Bridge on April 24th 2015. She left with the wonderful memories of a delicious bacon and sausage breakfast, a final romp in the park, a cheeseburger snack and being surrounded by her family and friends as she said farewell. Both Ashley and Keetah are an inspiration to all owners and dogs effected by canine cancer. 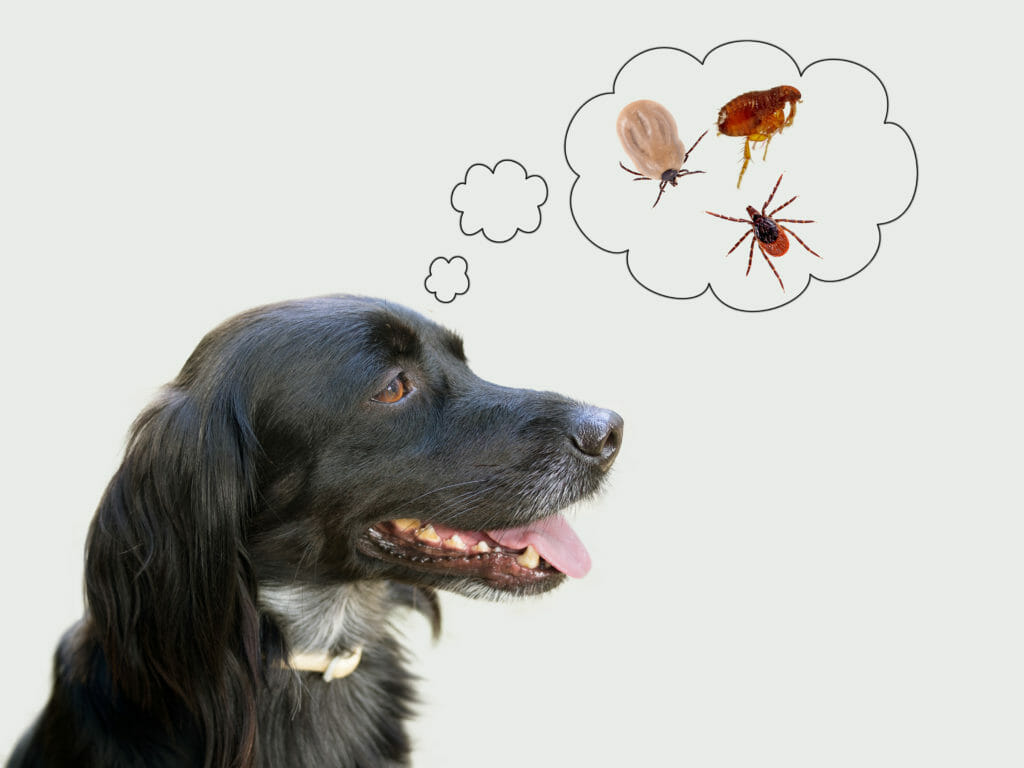 “Tick season” used to mean spring/summer/fall, with a break over the winter – the colder weather meant that we could take a break from worrying about these pesky bugs and the diseases they can transmit. But in the last few years, we’ve seen a change creeping up on us, with the weather staying warm later into the season, and spring arriving earlier each year – and the bugs are loving it!

With recent changes to restrictions on businesses, we are pleased to advise that effective May 19, 2020 some restrictions on veterinary practices have been lifted. Based on these changes, below are some important updates to our operating policies.

1. WE CAN NOW SEE ALL CASES BY APPOINTMENT ONLY

2. SAFETY MEASURES TO KEEP EVERYONE SAFE

We are OPEN with the following hours:

Have you welcomed a new furry family member to your home? We’d love to meet them! Visit our Must Know New Pet Owner Information page for useful resources and helpful recommendations for new pet owners.

Thank you for your patience and understanding and we look forward to seeing you and your furry family members again!